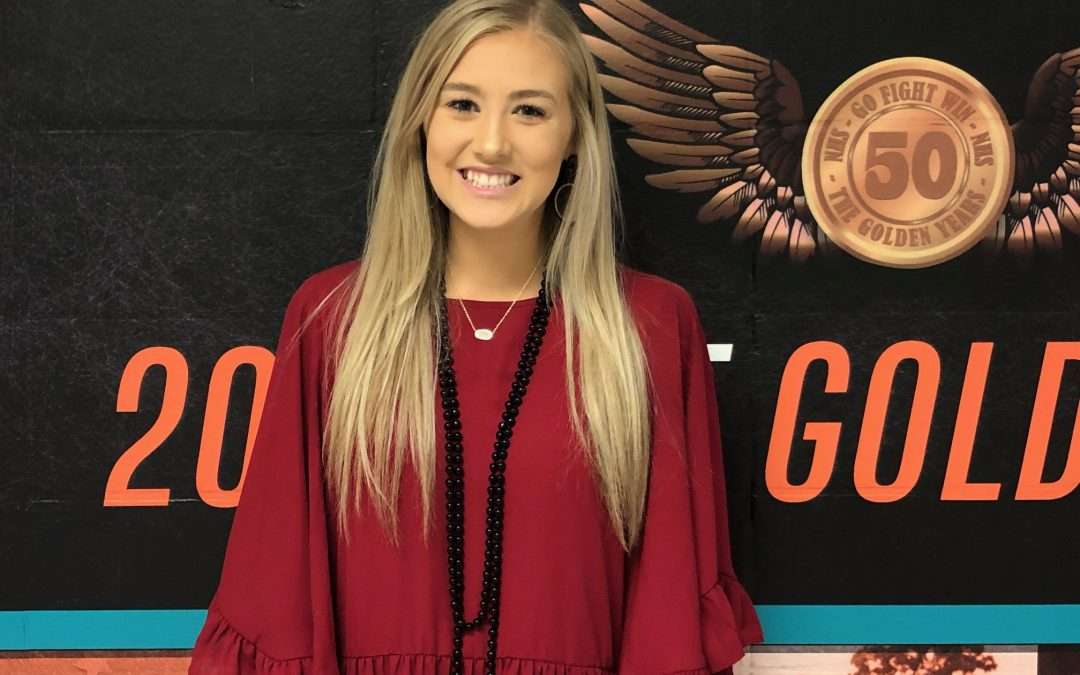 Kathryn Niestoeckel was named the 2019-2020 Student of the Year, and was just recently announced as a Caddo Parish High School Student of the Year Finalist! This distinguished honor means she is in the top tier of the strongest students in the parish. In order to even secure her position as Northwood’s Student of the Year, she met rigorous standards and competed with some of the top students at Northwood High School. A group of ten highly accomplished students completed several tasks in order to earn the title of Student of the Year. These accomplished students included Hannah Dubois, Mackenzie Miller, Lauren Polson, Kathryn Niestoeckel, Meagan Robertson, Adeline Parker, Emily Mayfield, Emily Farmer, Jada Hawkins, Tatum McKinney and Gabby Holida. After an essay and portfolio submission, the top five nominees, including Meagan Robertson, Lauren Polson, Adeline Parker, Mackenzie Miller and Kathryn Niestoeckel, were named and participated in interviews with the Student Of the Year committee. All of the nominees excel as students at Northwood and were deserving of the title. Ultimately, Miss Kathryn Niestoeckel was named as the NHS Student of the Year, and we wish her luck at the district level competition. Congratulations, Kathryn; we are so proud of you!

Your feedback has been received. We will only contact you if we need more information.