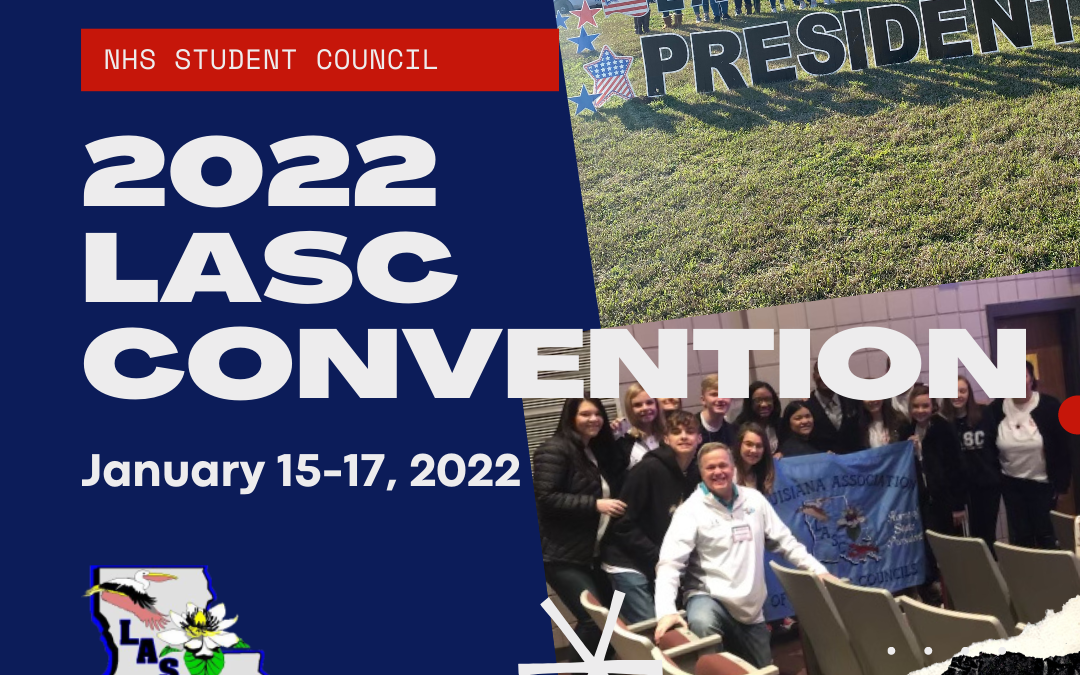 This year, Martin Luther King Jr. weekend marked a monumental occasion for the Northwood Student Council. As the 2021 Louisiana Association of Student Councils State President, Northwood High School led the state at the 2022 LASC Convention that took place January 15-17. Northwood’s representative as State President, Carson Wall, conducted general sessions and oversaw convention activities. At this convention, several Northwood students achieved many outstanding accomplishments. In the oratory contest, Gigi Robinson won first place and performed an original speech in front of a crowd of over 900 delegates, and Northwood Student Council won first place in the photography contest with a photo staged and taken by Chloe Williams, Hutson Hearron, Leah Buckley, and Maria Anzola-Teran. Carson Wall received the prestigious Dale D. Hawley Leadership Award, and our very own Hannah Beth Herrington was elected to be the president of District IX this year! Congratulations to all of our Falcons! At the end of the weekend, elections were held to determine the LASC officers for the upcoming year, and Northwood passed its position to Pineville High School, represented by Maygen Jackson. Congratulations Pineville! Northwood Student Council thanks LASC for the opportunity to serve the organization as State President for two years, and we wish Pineville the best as the 2022 LASC State President!