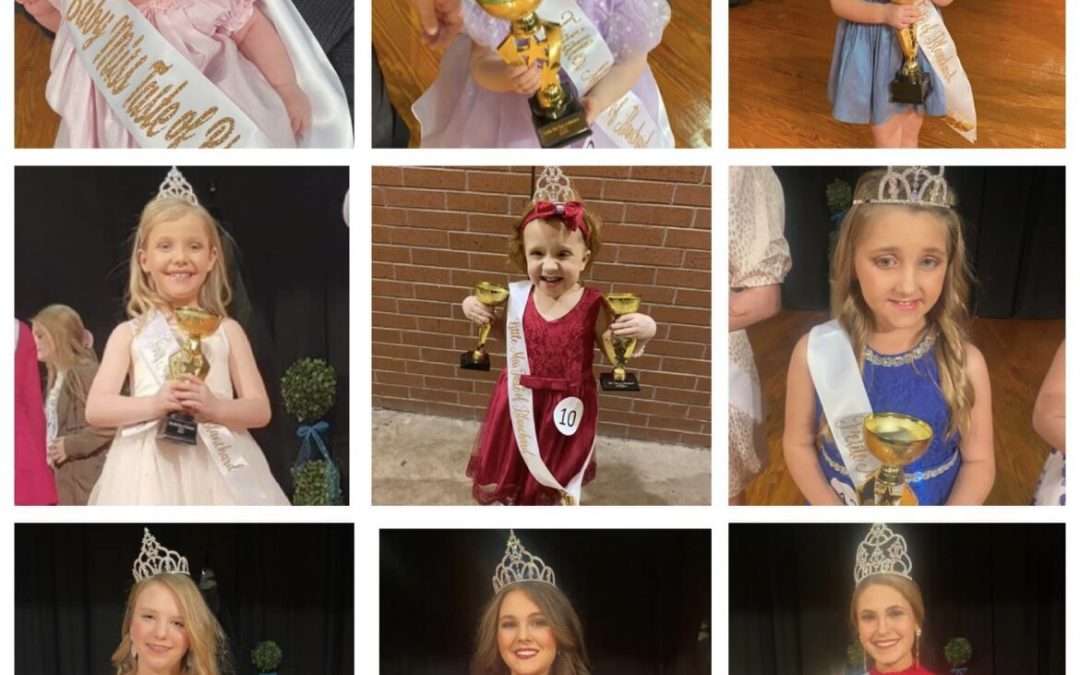 The annual Taste of Blanchard event recently took place on the second weekend of January. On January 12th, the Thursday before the cook off, the Miss Taste of Blanchard Pageant was held in the Northwood High School auditorium for girls of all school ages.

Competitors worked long and hard to prepare for pageant day. Trinity Bustamento gave some insight on what preparation for the pageant was like. According to the newest Miss Taste of Blanchard, preparation takes “about three long days of tanning, hair, nails, and all of the fun things, but that is the best part!” Trinity has been participating in pageants since she was young, but took a break from them up until now. Trinity “recently started doing them again to support Falcon Line” and she is really grateful to have competed. When Trinity found out she was going to be the next Miss Taste of Blanchard, she said she “really thought that they were going to take the crown off of my head and tell me that they were joking!” Trinity was completely shocked and appreciative to have been crowned the winner of this year’s Miss Taste of Blanchard Pageant. Thank you to all the participants for competing and congratulations to all the winners!

There are no upcoming events.